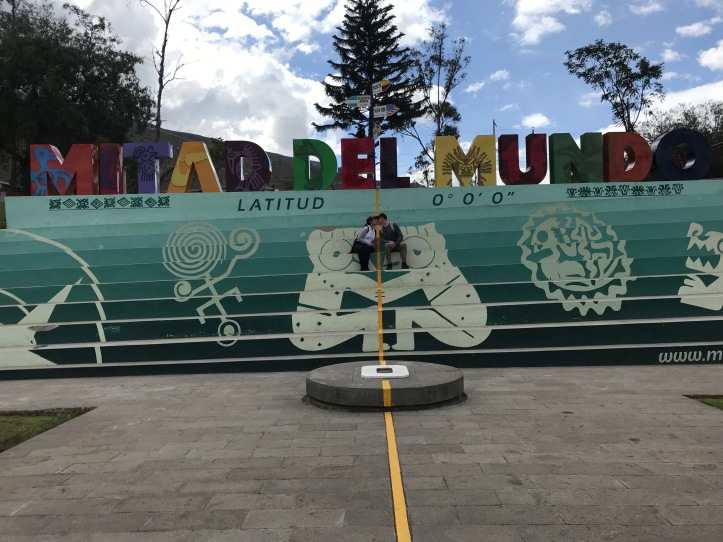 We began our second day in Quito with breakfast, complemented with fresh-squeezed strawberry juice and blackberry juice.  With a wide variety of delicious fresh fruits available throughout Quito, these delicacies are part of the everyday diet.  After breakfast, we wandered over to the Galeria Artesanal Mitad Del Mundo market, where local art, crafts, and other products can be found at reasonable prices.  Some mild bargaining is expected, but it’s not a competitive sport the way it is in the markets of Shanghai and Beijing, China.  There are artisan markets of this nature found throughout Quito City.

After securing several souvenirs for family members at the Artesenal market, we wandered through the nearby El Ejido Park across from the Hilton Colon Quito hotel where we were staying.  The park had a massive amount of playground equipment for kids, fountains, walking paths, and a nice selection of art and craft vendors.  Though it’s a huge city, Quito is great about preserving parks and green space throughout the city center.

We enjoyed a delicious Ecuadorian lunch buffet at Maipe restaurant near our hotel.  For just $3.75 we were offered a hearty soup with pork, lentils & yucca, a main dish of beef with gravy, sides of rice, mashed potatoes, plantains, mixed veggies, beets, and a salad of shredded purple cabbage, carrots & tomatoes with a house made dressing.  For dessert, we were served rice pudding.

In the afternoon, we had an Uber car pick us up from our hotel and drive us to Mitad Del Mundo, otherwise known as the Middle of the World monument along the equator.  Though the monument itself is technically about eight seconds off the true equator, it’s a great spot for pictures and experiencing the border of the southern and northern hemispheres of the world.  After spending about an hour walking around, snapping a few photos, taking an elevator to the top of the monument, exploring some of the interesting scientific hands-on demonstrations available in the monument, and visiting some of the cultural shops and exhibits, we ordered another Uber car back to the city center to have dinner and walk around before returning to our hotel and calling it an early night before heading on to the Galapagos the next morning. 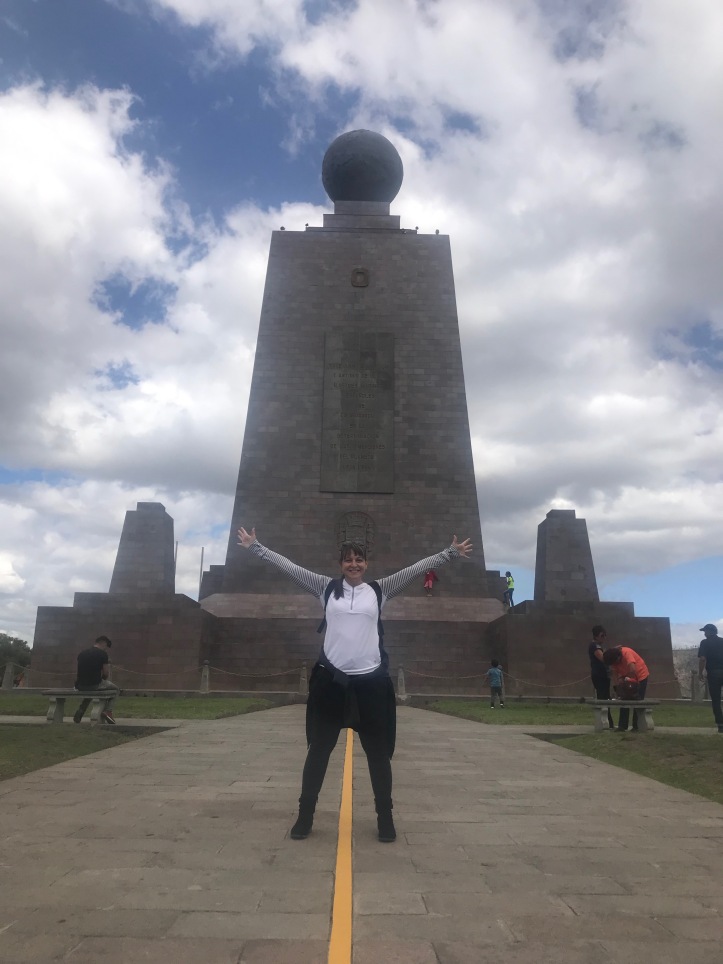