Have you ever wondered what it would be like to fly an airplane?  Project Pilot, a program founded by the Aircraft Owners and Pilots Association (AOPA), now makes flight lessons easily accessible for anyone who has ever toyed with the idea of soaring through the sky.  The ProjectPilot.org website features a database of over 3,500 U.S. flight schools, along with a wealth of information for beginning pilots and those interested in learning to fly.  Many of the flight schools listed on the Project Pilot website offer discounted flying lessons.

When invited by Project Pilot to review a flight lesson, I jumped at the chance.  I had never flown an airplane before, though I know many pilots who have been flying since they were teenagers. 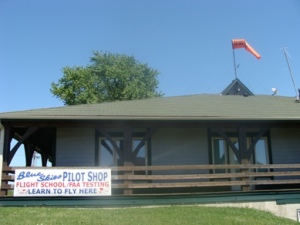 A representative from Project Pilot arranged for a flight lesson with Blue Skies Flying Services, Inc. at a nearby private airport in Lake in the Hills, IL.  Flight Instructor Johnny Blankenship led me through an introductory flight lesson which included 45 minutes of classroom time reviewing important flight planning and safety information, roughly 20 minutes of pre-flight aircraft inspection procedures, followed by a one hour flight in a single-engine propelled Piper Cherokee.

The flight instructor performed the take-off and landing, but I was able to taxi to and from the runway and fly the airplane the entire time we were in the air.  Performing the take-off and landing are tasks reserved for later lessons once the student has gained some experience and developed a comfort level with the controls and responses of the aircraft.  While on the ground, floor pedals rather than hand controls are used to steer the plane.  The yoke (what most of us would think of as the steering wheel) is used while in flight to maneuver the plane by moving the wing ailerons and elevator. 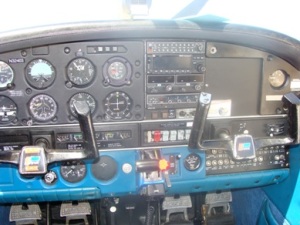 Though it feels very different from driving a car, it is a skill that most anyone could learn with a few short lessons, though I might not recommend small aircraft flying for someone prone to motion sickness.  Individuals interested in pursuing a private pilot’s certificate can expect to spend anywhere between $4,000 and $7,000.  Many private pilots do not purchase their own airplanes but rather rent planes by the hour or enter partnerships with several other pilots to share an aircraft, and airplanes tend to maintain their value over the long run at significantly higher rates than automobiles.

For anyone who has ever considered learning to fly, from the mildly curious to the serious-minded potential pilot, it is now easier than ever to find a flight instructor near you, thanks to ProjectPilot.org. 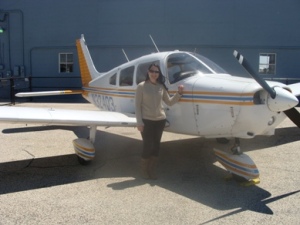